At Kish Sub Aqua Club, we offer a no obligation opportunity to try diving in a safe pool environment. Learn More

We founded in 1986 and currently have around 40 members. We are an adventure sports scuba diving club based in and around Dublin City

We are an affiliate of Comhairle Fó-Thuinn, the Irish Underwater Council who are the Irish representative in the World Underwater Federation

Kish Sub Aqua Club was founded in 1986 by a core group of friends and colleagues who were interested in sports diving. The club is named after the lighthouse that stands on the Kish banks, a few miles north east of Dalkey Island. We currently have circa 40 active members ranging from their early twenties to mid fifties, with a good balance of male and female divers, as well as a range of qualifications from novice to very experienced.

We swim in the Guinness pool on Watling Street (opposite St. James' Gate) at 8 p.m. each Wednesday. We sometimes play Underwater Rugby in the last half hour, and its great fun! During the diving season, we dive most Sunday mornings out of Dun Laoighaire. We have licenses for the wrecks of the Vanguard and the Tayleur, but we also dive off various locations from Ireland's Eye and Lambay, depending on the weather. 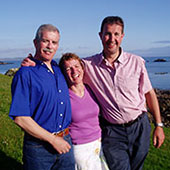 Some began diving in the 1970s, but most had started in the 1980s; some were older, and some were not; some were excellent swimmers, some were not; some were good looking, and some were not. Such was the motley crew of 26 men and women that gathered in late 1986 to form a new dive club they could call their own. Early agreement followed on the aims, objectives and ethos of the new Club, with some interesting and comical discussion on the name of the new group, until one unanimously agreed name was suggested - Kish Sub Aqua Club - named after the Kish Lighthouse that marks the Kish (sand) Bank near the entrance to Dublin Bay.

With a wide range of experience and qualifications within the Club, Kish SAC applied for and was accepted as an affiliated Club to the Irish Underwater Council (CFT - Comhairle Fó-Thuinn) in 1987. This was important for the Club members, not just because they would continue to be part of a wider Irish diving fraternity, but they could continue to train all newcomers and dive in the knowledge that they were involved in training and certification programmes that were endorsed by the World Diving Federation (CMAS - Confédération Mondiale des Activités Subaquatiques), the international umbrella organisation for recreational diver training organisations.

Since those early days, Kish SAC has enjoyed being host to anyone interested in the sea, from the novice to the more experienced, as they follow their dreams and desires to snorkel or dive. While time has inevitably seen many of the founding members move to other activities or leave for other parts of Ireland and the World, many of them are still diving or still strongly associated with us.

We offer weekly diving in and around Dublin bay from March to October every Sunday and most Thursday nights in Dublin Bay. Diving in Dublin ranges from the Muglins to Lambay Is. and includes many well known wrecks such as the MV Leinster, Guide Me II, RMS Tayleur and the Vanguard. We teach people how to dive from scratch. We also welcome divers from other diving organisations such as PADI & BASC we provide cross-over training to such candidates. Our members range in age from 17 to 60, and we have a vast experience built up within the club.

We organise weekend dive trips away as well as week-long trips to varied locations around the Irish Coast (both north and south of the border). We have dived as a club on foreign dive holidays including Scotland (wreck diving), Gozo, Malta, Corsica, Cyprus and the Red Sea. Many of our golden oldie members have dived such places as Mauritius, Australia, St. Lucia and South Africa. 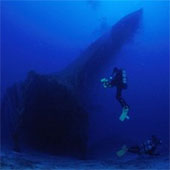